After a long break, the F1_Set from Fanatec is available again. The price is 699.95€ and includes:

Currently this is the only way to get the ClubSport Formula 1 Esports steering wheel, buying it individually is not possible. It is not known how long the set will be available.

New Formula Wheel from Thrustmaster with screen and LEDs

Thrustmaster has just released another teaser video about their upcoming new steering wheel. This is the first time that a Simracing product from Thrustmaster has a screen, which is combined by an additional LED bar. In addition, at first glance, significantly higher-quality switches and buttons as well as the use of carbon or carbon foil are recognizable. The release date is set for April 20th 2021.

From now on, the addiction to various companies of (USB) steering wheels is online. The list is gradually expanding.

To the overview: Steering wheels from third-party manufacturers

Fanatec has just unveiled its new Universal Hub, which at 149€ is significantly cheaper than the previous Universal Hub for around €349. The article is now available from Fanatec: https://fanatec.com/eu-de/csl-universal-hub*

The new Universal Hub is located in Fanatec's CSL class and is bolted to the Wheelbase with the included simplified Quickrelease.

The "DataPort-C connection" could be an interesting clue for new accessories, which has not yet been officially announced by Fanatec.

The most important features

The most important features at a glance are:

Review of the SimLED V3 RGB matrix of 3D-SimGear online

Since today, the test report on the RGB matrix of 3D-Simgear is online. In the coming week there will also be a raffle on the Instagram account of Simracing-PC:

Since today, the test report on VoCore's 4-inch screen is online.

A new article is online: An introduction to the Racelab app for iRacing: https://simracing-pc.de/racelab-overlay/ 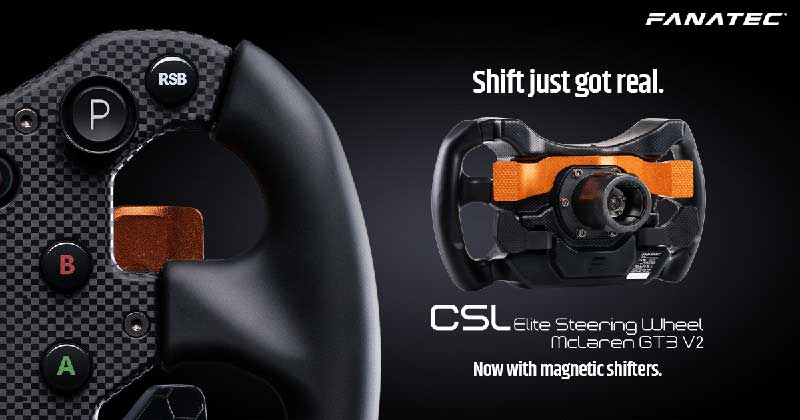